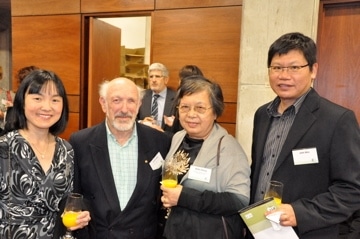 Congratulations to Anita Chong, a long-standing MLTAWA member, who was awarded a Medal of the Order of Australia (OAM) in the 2015 Queen’s Birthday Honours List. The award recognises her service to foreign language education as a teacher and to professional organisations. She has given decades of service to teaching, supporting, and promoting the teaching of Chinese and was founding a founding member of both the Chinese Language Teachers Association of Western Australia and the Chinese Language Teachers Federation of Australia. Anita has been President of both associations and has also contributed significantly to the Chung Wah Association. Anita teaches Mandarin at Mount Lawley Senior High School and her excellence in teaching has recognised with the Hilde Dixon Award in 2012 and and the Outstanding Chinese Language Educator from the Government of The Peoples Republic of China in 2000.

Penny is a high school Indonesian language teacher. She is currently webmaster for the MLTAWA and is looking forward to helping this website grow.
View all posts by Penny →