Warning: Use of undefined constant php - assumed 'php' (this will throw an Error in a future version of PHP) in /home/mltawa/public_html/wp-content/themes/wt_metro/header.php on line 1
 Let it go: Translating translators and teaching students how (and when) to use them |

Warning: Use of undefined constant php - assumed 'php' (this will throw an Error in a future version of PHP) in /home/mltawa/public_html/wp-content/themes/mltawa_metro-child/content-single.php on line 1 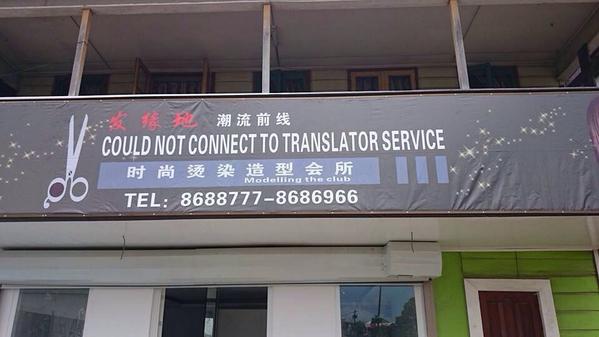 Let it Go, the feature song from the film Frozen became an overnight sensation. But did you know that the lyrics were written with the intention of being translated across multiple languages? The authors, Robert Lopez and Kristen Anderson-Lopez, tried to keep the English lyrics as unambiguous as possible and yet still “tap into universal emotions”.

“We were trying to make the story work wherever audiences were,” says Lopez. “Disney basically said, don’t write a song where the whole song depends on one pun. A song about ‘being in someone else’s shoes’ was cut — will people get that idea in other cultures? Whenever we drifted too far into punland, we would steer into clearer waters. We had a song called ‘Lose Control,’ with a pun on ‘troll.’ But the pun was running away from the song. It makes sense in English, but who knows in other languages?” From: HollywoodReporter

The result? Let it Go, Multi-Language

When teaching students how to use online translators effectively, and the perils of machine translation, introducing the topic with this song (and how it was written) can be very effective. Likewise, the Kids React clip opens up discussion. Knowing how to translate context becomes all important, and this isn’t something that machine translators can do (yet). My favourite clip for demonstrating the perils of machine translation remains A Wicked Deception by Matt Sloan (caution: has some M language). Or for something more contemporary, check out Malinda Reese’s version of Wrecking Ball through several layers of Google Translate. There are plenty of examples of Google Translate gone awry around, including some great photos of mis-translated signs. But no matter how many we share with students, they always seem to resort to translating large chunks of text into the target language rather than using the translators as a tool for getting the gist of the target language and then using it as a model for their own work. Siiiigh. But activities like the one that follows can help. I created this for my Year 9 Indonesian language class, but it could easily be adapted for other learners and languages. The example phrases were chosen because they’re ambiguous (e.g. nuts = nuts that you eat or nuts as in crazy) and in Indonesian they often end up being quite funny (e.g. “I think you’re a hot chick” = “I think you’re spicy fried chicken” and tahu can mean either “tofu” or “to know”). Please share your own thoughts, materials, and ideas in the comments/reply below!

Japanese online translators: They laugh at you
A great article from Tofugu with some excellent examples and advice.
http://www.tofugu.com/2008/01/18/japanese-online-translators-they-laugh-at-you/

Google, Duolingo, and the problems of internet translation
Duolingo is a very popular app for vocab learning. Did you know that they make their money through crowd-sourcing translations through the app rather than via advertising or in-app purchases? Very clever stuff! This article describes Google Translate and Duolingo in today’s field of translating and interpreting.
http://www.fairobserver.com/region/north_america/google-duolingo-problems-internet-translation-67312/

Lost in translation: Hilarious advice signs from foreign airports… where their English leaves a little to be desired (Has some M language – censor first)
http://www.dailymail.co.uk/news/article-2295651/Lost-translation-Hilarious-advice-signs-foreign-airports–English-leaves-little-desired.html

Warning: Use of undefined constant php - assumed 'php' (this will throw an Error in a future version of PHP) in /home/mltawa/public_html/wp-content/themes/wt_metro/footer.php on line 1